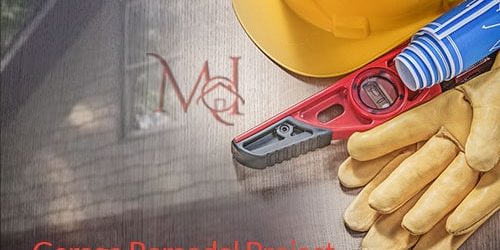 Remember the garage addition project from several weeks ago? It started out with tree, setback, and septic tank issues. These are typical obstacles contractors face every day when starting home improvement projects. Sometimes, contractors hastily begin construction and forget to check for any obstructions or unforeseen obstacles. In the last video about this garage addition, Steve talked about his team’s approach to evaluating a job site and identifying such challenges and concerns early in  home improvement projects, so that they do not delay or interfere with the work later on.  Once those hurdles were jumped, the project has progressed beautifully. On May 4, Steve was back on site videoing the progress.  VIEW VIDEO ON FACEBOOK 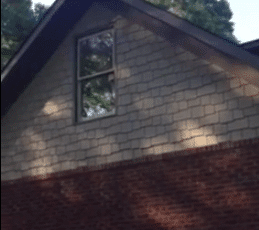 He starts by emphasizing the importance of having reliable employees on the job. While juggling several Monroe and Waxhaw home improvement projects, and working around spring weather conditions, Steve relied on his team to move forward with the garage project, which was complicated in some ways in that it was tied to an existing home they were also remodeling. On this project, careful attention was paid to water and drainage of rain water from the roofline on and around the addition where it was tied in to existing construction. Any time that exterior alterations and roofline changes occur on a home, the flow of water at the roofline and around the foundation can change. The experienced Melton team made s 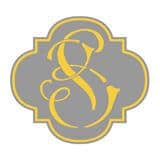 ure the gutter system was thoughtfully installed with awareness of potential drainage problems.

On this recent video post, Steve shows the project exterior and takes viewers inside of part of the project, which is not yet complete. The exterior is clad with brick and unique staggered shake siding, which breaks up the facade beautifully.  The addition of a secondary siding material – the shake siding- adds character and interest. Alterations were made to the entry of the home, and the garage addition features a nearly completed upstairs bonus room.
[mk_title_box color=”#ffffff” highlight_color=”#010101″ highlight_opacity=”100″ size=”22″ line_height=”34″ font_weight=”inherit” margin_top=”0″ margin_bottom=”18″ font_family=”none” align=”left”]Interior Designers Put Final Touches On Home Improvement Projects[/mk_title_box]

At the end of this video, Steve talks about how the project will be completed. The homeowner and construction team strategized on how to get the project completed without disturbing the family too much. They stayed inside of their home as long as they could during the garage project, yet had to vacate the house during the time that renovations were being completed inside of the main part of the home.  The owners are working with designer Marcie Padgett of Southern Style Designs on the interior selections and furnishings. Draperies and window treatments will be provided by Eliza Jane Creations, owned by Pamela Melton. We are looking forward to posting a Part 3 to this ‘Garage Addition’ series, featuring the final spaces completely furnished.

How to Keep Your Home Remodel Under Budget
April 5, 2017

Top Three Home Remodeling Mistakes You May Be Making
March 31, 2017

5 Things To Consider When Hiring A Residential Contractor
December 23, 2015